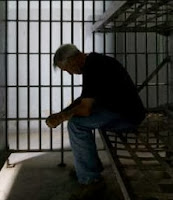 QUESTIONING THE USE OF PRE-TRIAL DETENTION - ECtHR Gonța v. Romania - Article 5 § 3 of the Convention (right to liberty and security)

In her article Pre-Trial Detention: The Presumption of Innocence and Article 5 of the European Convention on Human Rights Cannot and Does Not Limit its Increasing Use, Lonneke Stevens is concerned with the question whether the presumption of innocence and the case-law of the European Court really make an argument against all too enthusiastic use of pre-trial detention:

In this week's case of Gonța v. Romania the applicant, Gheorghe Gonța, was arrested on suspicion of drug trafficking on 30 May 2003. He was initially acquitted on 4 October 2005 but eventually convicted and sentenced to seven years’ imprisonment on 4 December 2008. Relying in particular on Article 5 § 3 (right to liberty and security), he complained that he had been held in pre-trial detention for an unreasonably long time and that the Romanian courts had failed to provide reasons for the repeated extensions of his pre-trial detention.


The Court examined the applicant’s complaint in the light of the general principles emerging from its case‑law concerning the reasonableness of detention within the meaning of the Convention  and found a violation of Article 5 § 3 of the Convention. The Court first reiterates:

“49 (-) that the question whether a period of time spent in pre-trial detention is reasonable cannot be assessed in the abstract. Whether it is reasonable for an accused to remain in detention must be assessed with reference to the facts of each case and according to its specific features. Continued detention can be justified in a given case only if there are actual indications of a genuine requirement of public interest which, notwithstanding the presumption of innocence, outweighs the rule of respect for individual liberty laid down in Article 5 of the Convention (-).

50.  The existence and persistence of a reasonable suspicion that the person arrested has committed an offence is a condition sine qua non for the lawfulness of the continued detention. However, after a certain lapse of time it no longer suffices. In such cases, the Court must establish whether the other grounds given by the judicial authorities continued to justify the deprivation of liberty. Where such grounds are “relevant” and “sufficient”, the Court must also ascertain whether the competent national authorities displayed “special diligence” in the conduct of the proceedings (-).

51.  Lastly, the Court accepts that in cases involving numerous defendants, the risk that, if released, a detainee might put pressure on witnesses or might otherwise obstruct the proceedings is often particularly high. All these factors can justify a relatively long period of detention. However, they do not give the authorities unlimited power to extend this preventive measure (-). The fact that a person is charged with acting in a criminal conspiracy is not in itself sufficient to justify long periods of detention; his personal circumstances and behaviour must always be taken into account (-).”

In the present case the Court considers that by failing to address the specific facts of the case or consider alternative “preventive measures”, the authorities extended the applicant’s detention on grounds which, although “relevant”, cannot be regarded as “sufficient” to justify his remand in custody for two years and four months. It therefore holds that the applicant’s pre-trial detention was unreasonably long:

“54.  The Court (-) notes that in the present case the domestic courts regularly and repeatedly extended the applicant’s pre‑trial detention. It also notes the abstract and brief reasoning in the domestic courts’ judgments, which was limited to mentioning certain grounds provided for by the CCP and failed to explain how these criteria came into play in the applicant’s case (-). Moreover, the court orders maintaining the detention nearly always used identical, even stereotyped, wording and relied repeatedly on the same criteria, a practice which cannot be considered to comply with the requirements of Article 5 § 3 of the Convention (-). The court also considered all the accused together, without any individual analysis of their personal circumstances.

55.  The Court also notes that the applicant and his co-accused repeatedly challenged the interlocutory judgments by which their pre-trial detention had been extended. The Bucharest Court of Appeal upheld those judgments on the basis of the same reasoning.

56.  The Court accepts that the applicant’s detention may initially have been warranted by a reasonable suspicion that he had committed serious offences. However, with the passage of time those grounds inevitably became less sufficient (-). Accordingly, the domestic authorities were under an obligation to examine the applicant’s personal situation in greater detail and to give specific reasons for holding him in custody (-).

57.  Lastly, the Court emphasises that when deciding whether a person should be released or detained, the authorities have an obligation under Article 5 § 3 to consider alternative measures of ensuring his or her appearance at trial (-). In the present case, the authorities did not consider the possibility of ensuring the applicant’s attendance by the use of the other “preventive measures” which are expressly provided for by Romanian law to ensure the proper conduct of criminal proceedings.”

BEING DETAINED UNLAWFULLY IS ONE THING, but not being safe while detained is quite another story. In the case of Yuriy Illarionovich Shchokin v. Ukraine the Court found that the Ukrainian authorities failed to investigate effectively the circumstances of a prisoner tortured to death. The case concerned the death of the applicant’s son, following acts of torture inflicted on him by inmates, with the possible involvement of a prison officer, during his imprisonment in a penal colony. The Ukrainian authorities failed to guarantee the protection of the prisoner, who was under their responsibility. The perpetrators of the acts were not all identified and tried. In addition, there was no serious investigation into the facts.

DISMISSAL ON ACCOUNT OF HIV- In I.B. v. Greece the Court held that the dismissal of an employee on account of his HIV infection was contrary to of Article 8 (right to respect for private and family life) taken together with Article 14 (prohibition of discrimination) the Convention. The case concerned the dismissal of an HIV-positive employee in response to pressure from other employees in the company. The Court considered that the applicant had been a victim of discrimination on account of his being HIV-positive. The domestic courts had based their decision to reject his complaint about his dismissal on clearly inaccurate information, namely the contagious nature of his illness. They had provided insufficient explanation of how the employer’s interests outweighed those of the applicant, thus failing to strike the correct balance between the rights of both parties.

CHECKMATE FOR GARRI KASPAROV AND OTHERS who won their case in Strasbourg. Their arrest during a 2007 opposition meeting in Moscow was unjustified the Court ruled. In Kasparov and Others v. Russia the case concerned the arrest of a group of people ahead of an anti-government demonstration in April 2007, which had been authorised in a limited area, and their ensuing conviction of having breached the regulations on demonstrations. The Court found that the applicants’ defence rights had been limited in a manner incompatible with the guarantees of a fair trial, as their request to examine eyewitnesses had been refused. Their arrest had been disproportionate to the aim of maintaining public order.  The Court also held that there had been a violation of Article 11 of the Convention (freedom of assembly and association) because the instant case the police’s forceful intervention was disproportionate and was not necessary for the prevention of disorder within the meaning of the second paragraph of Article 11 of the Convention.


Courtesy Press Service of the European Court of Human Rights in Strasbourg
on donderdag, oktober 03, 2013