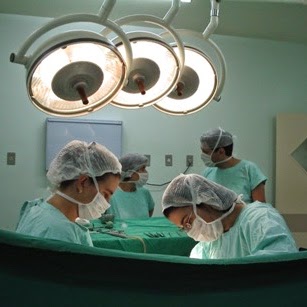 Refusal to authorise transsexual to have access to gender reassignment surgery breached right to respect for private life - In the case of Y. Y. v. Turkey the European Court of Human Rights held, unanimously, that there had been a violation of Article 8 (right to respect for private and family life) of the European Convention on Human Rights - The case concerned the refusal by the Turkish authorities to grant authorisation for gender reassignment surgery on the grounds that the person requesting it, a transsexual, was not permanently unable to procreate. The Court reiterated that the possibility for transsexuals to have full enjoyment of the right to personal development and physical and moral integrity could not be regarded as a controversial question. It considered that, even supposing that the denial of the applicant’s initial request for access to such surgery had been based on a relevant ground, it was not based on a sufficient ground. The resulting interference with the applicant’s right to respect for his private life could not be considered “necessary” in a democratic society. In denying the applicant, for many years, the possibility of undergoing such an operation, the State had breached the applicant’s right to respect for his private life.

Article 8 (right to respect for private and family life)

The present case raised the question of the prerequisites for the process of gender reassignment that could be imposed on transsexuals and whether such requirements complied with Article 8 of the Convention. The Court referred to its previous findings to the effect that it had been widely recognised at an international level that transsexualism was a medical condition justifying treatment for the purpose of helping the persons concerned. The Court found that the District Court’s decision of 27 June 2006 had been based on Article 40 of the Civil Code. It observed that Turkish law granted transsexuals meeting the statutory requirements the right not only to change gender but also to obtain legal recognition of their new gender by the amendment of their civil status. Article 40 of the Civil Code, however, subjects that possibility to a permanent inability to procreate – a condition not satisfied in the present case, thus leading to the denial of the applicant’s request. The Court observed that the proceedings in the national courts had directly concerned the applicant’s freedom to establish his gender – a freedom which was an essential part of the right to self-determination. The Court had stated on many occasions that it was aware of the seriousness of the problems encountered by transsexuals and had emphasised the importance of permanently examining the need for appropriate legal measures. It was crucial that the Convention should be interpreted and applied in a manner which rendered guarantees practical and effective. Should the Court fail to maintain a dynamic and evolutive approach, it might obstruct any reform or improvement. As the Court had previously found, it attached less importance to the lack of evidence of a common European approach to the resolution of the legal and practical problems posed, than to the clear and uncontested evidence of a continuing international trend in favour of increased social acceptance of transsexuals and of legal recognition of the new sexual identity of post-operative transsexuals. It reiterated that the right of transsexuals to personal development and to physical and moral security, in the full sense enjoyed by others in society, could not be regarded as a matter of controversy. In that connection it emphasised that, in the appendix to Recommendation CM/Rec(2010)5, the Committee of Ministers of the Council of Europe had stated that prior requirements for legal recognition of gender reassignment should be regularly reviewed in order to remove abusive requirements. Moreover, the Parliamentary Assembly of the Council of Europe had, in particular, called upon the member States to guarantee the rights of such persons to official documents reflecting their chosen gender identity, without any prior obligation to undergo sterilisation or other medical procedures such as gender reassignment surgery or hormonal therapy.

The Court further observed that certain member States had recently amended their legislation or practices in matters of access to gender conversion treatment and legal recognition thereof, by removing the requirement of infertility or sterility. The Court reiterated that serious interference with private life could arise where the state of domestic law conflicted with an important aspect of personal identity. Moreover, given the numerous and painful interventions involved in such surgery, it could not be suggested that there was anything capricious in a decision taken by a person to undergo gender reassignment. The Court observed that the domestic courts had justified their initial refusal to uphold the applicant’s request by finding that he was not unable to procreate. The Court could not understand why an inability to procreate would have to be established – for a person wishing to change gender – before the physical sex change process could be undertaken. It did not see how, except by undergoing sterilisation, the applicant could have satisfied the requirement of permanent infertility. In any event, the Court did not find it necessary to rule on the question of the applicant’s access to medical treatment which would have enabled him to satisfy that requirement. The Court took the view that the principle of respect for the applicant’s physical integrity precluded any obligation for him to undergo treatment aimed at permanent sterilisation. The Court took the view that, even supposing that the rejection of the initial request for access to sex change surgery was based on a relevant ground, it was not based on a sufficient ground. The resulting interference with the applicant’s right to respect for his private life could not therefore be considered “necessary” in a democratic society. The change of approach of the Mersin District Court which, in May 2013, had granted the applicant authorisation to undertake surgery, even though he still had the ability to procreate, supported that finding. In denying the applicant, for many years, the possibility of undergoing such an operation, the State had breached the applicant’s right to respect for his private life. The Court thus found that there had been a violation of Article 8.

Lack of space for a prisoner in Croatia was compensated for by him having access to sports facilities and sufficient time out of his cell - In the case of Muršić v. Croatia  the Court held by majority (six votes to one) that there had been no violation of Article 3 (prohibition of inhuman or degrading treatment) of the Convention - The case concerned an allegation of prison overcrowding and generally poor prison conditions in a Croatian prison. The Court found in particular that, whilst there were some elements for concern with regard to Mr Muršić’s lack of personal space during certain short non-consecutive periods of his detention, his overall conditions of detention – including in particular three hours a day outside of his cell in an otherwise entirely appropriate facility – had not met the threshold of severity required to characterise his detention as inhuman or degrading. The judgment is noteworthy in that it re-affirmed the general principles on the question of prison overcrowding and clarified the Court’s related case-law. In particular, whilst there is a strong presumption of inhuman and degrading treatment under Article 3 of the Convention when a detainee disposes of less than 3 square metres of personal space, this could sometimes be compensated for by the cumulative effects of the conditions of detention, such as freedom of movement and the appropriateness of the detention facility.

Public humiliation of soldier was not justified by the need to maintain military discipline - In the case of Lyalyakin v. Russia Court held, unanimously, that there had been a violation of Article 3 (prohibition of inhuman or degrading treatment) of the  Convention. The case concerned a complaint by a conscript about degrading treatment when he was caught trying to escape from the army, including appearing undressed in front of other soldiers. The Court, whilst recognising the need to maintain military discipline within the army, found that the conscript’s public humiliation had been unnecessary and could not be justified merely as a means of preventing his escape from the unit.

Conviction for libel of the author of a novel relating family dramas did not infringe her freedom of expression - In the case of Almeida Leitão Bento Fernandes v. Portugal the Court held, unanimously, that there had been no violation of Article 10 (freedom of expression) of the Convention. The case concerned the criminal conviction of Ms Fernandes for libelling a number of her in-laws, following publication of a novel relating family dramas in the context of the Portuguese diaspora in the United States and the colonial war. The Court agreed with the Portuguese courts that Ms Fernandes had overstepped the limits of her freedom of artistic creativity by disregarding the right of her in-laws to respect for their private life, on account of certain events narrated and value judgments made. It held, in particular, that the room for manoeuvre (margin of appreciation) given to the authorities in assessing the “necessity” of the punishment imposed on Ms Fernandes was a wide one because the persons concerned were not public figures.

Texts are based on the press releases of the European Court of Human Rights.
This selection covers categories 1 and 2 judgments.
on donderdag, maart 12, 2015