E.B. v Austria: Denying conditional release for prisoner who alleged sexual orientation discrimination not a violation of the ECHR 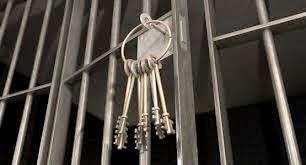 The European Court of Human Rights has declared the complaint in E.B. v Austria inadmissible. This follows a previous admissibility decision and judgment in respect of complaints by the same applicant.

Article 209 of the Criminal Code provided that:

A male person who, after attaining the age of nineteen, fornicates with a person of the same sex who has attained the age of fourteen years but not the age of eighteen years, shall be sentenced to imprisonment of between six months and five years.

The effect of Article 209 was to criminalise consensual male homosexual acts involving an adult (a person over 19 years) and a person between 14 and 18 years. It did not apply to opposite-sex or female same-sex sexual relationships. In 2002 the Constitutional Court of Austria found that Article 209 was unconstitutional and it was subsequently repealed by Parliament. In L. and V. v Austria the European Court of Human Rights held that Article 209 'embodied a predisposed bias on the part of a heterosexual majority against a homosexual minority, [and that] these negative attitudes cannot of themselves be considered [...] to amount to sufficient justification for the differential treatment any more than similar negative attitudes towards those of a different race, origin or colour'. It accordingly found a violation of Article 14 of the Convention taken in conjunction with Article 8.

During his period of imprisonment, the applicant made a request for early release.Under Article 46 of the Criminal Code a prisoner can be conditionally released (on probation) if they have served two thirds, and at least three months, of the term of imprisonment imposed by a judgment providing that there are no specific reasons to expect that the person would commit criminal offences while at liberty. Article 46(3) further provides that:

A decision about the conditional release of an offender must be based on the examination of his personality, his past life, whether it can be expected that he would lead a law-abiding life in the future, and his conduct while serving his prison sentence. Further, it must be taken into account whether there are specific reasons which make it necessary for the full term of imprisonment to be served in order to prevent others from committing similar offences. Where appropriate, the conditional release shall be granted in combination with other measures.

The applicant's request for early release was denied by the Regional Court that considered it. The Regional Court held that the applicant had not shown that he had 'seen sense' and 'was still playing down the offences committed by him'. Moreover, his numerous previous convictions for sexual offences involving minors had not succeeded in getting him to conform to standards of law-abiding behaviour.

In an appeal to the Vienna Court of Appeal the applicant stated that the Regional Court’s reliance on his previous convictions under Article 209 of the Criminal Code constituted a breach of Article 14 of the European Convention of Human Rights taken in conjunction with Article 8 of the Convention.

The Vienna Court of Appeal dismissed the applicant’s appeal, holding that the Regional Court had acted correctly in taking the applicant’s Article 209 convictions into account, even though the provision was constitutionally problematic. It confirmed the Regional Court's view that the applicant’s release could not be granted because of his 'incorrigible personality', that he 'resisted all measures of social reintegration', and 'played down his acts and showed no remorse'. It also held that the acts for which the applicant was convicted would now fall under provisions brought in to replace Article 209 (Article 207b).

The complaint to the Court

The applicant complained under Article 14 taken in conjunction with Article 8 of the Convention that the Austrian courts had, inter alia, used his convictions under Article 209 of the Criminal Code as a reason to refuse his conditional release from prison. He asserted that, since the European Court of Human Rights had found Article 209 to be discriminatory and the Austrian Constitutional Court had deemed the provision unconstitutional, that any consideration of his convictions under Article 209 amounted to discrimination on the grounds of his sexual orientation.The applicant also made complaints under Articles 5(1) and 6 of the Convention.

The decision of the Court

The Court declared the applicant's complaint inadmissible pursuant to Article 35(3 & 4) of the Convention.In respect of Article 14 taken with Article 8 complaint, the Court stated that the Austrian authorities had wide discretion when considering whether a prisoner should be conditionally released and, in exercising this discretion, the domestic courts had found that 'the applicant had shown no remorse, displayed an incorrigible personality, had numerous previous convictions for sexual offences and had not succeeded in conforming to standards of law-abiding behaviour' (§ 32).

The Court acknowledged that the domestic courts had taken the applicant's convictions under Article 209 into account when reaching their decision to continue his imprisonment but stated:

Whereas it is true that the courts in their assessment of the applicant’s personality and behavior did not expressly exclude any reference to his convictions under the former Article 209 of the Criminal Code, the Court does not find that this issue alone can lead to the conclusion that the refusal to grant the applicant early release, when seen as a whole, was discriminatory or amounted to a treatment different from what would have applied to any other prisoner who had made such a request (§ 33).

The Court held that the complaint did not disclose any appearance of a violation of Article 14 taken in conjunction with Article 8 of the Convention and was therefore inadmissible.

The applicant was imprisoned following his conviction for a series of sex offences committed against children. In addition, even excluding his three convictions under Article 209, the applicant had a criminal record containing six previous sexual offences involving minors.The applicant's complaint, in essence, was that when the domestic authorities considered him for early release from prison they should not have taken his three Article 209 convictions into account because these were convictions for offences since determined to be discriminatory.

The Court reasoned that 'this issue alone', 'when seen as a whole', could not lead to the conclusion that the refusal to grant the applicant early release 'was discriminatory or amounted to a treatment different from what would have applied to any other prisoner who had made such a request' (§ 33).

One aspect of this reasoning, relating to the issue of a difference in treatment, is questionable to the extent that only a person who had engaged in male homosexual acts, and been convicted under Article 209 for these acts, could have been in the position of the applicant. The Court's reasoning that, by having his Article 209 convictions taken into account, the applicant was not treated differently to 'any other prisoner who had made such a request' is therefore open to debate. A person in a relevantly similar position to the applicant - that is, an adult who had engaged in opposite-sex or female same-sex sexual acts with a person aged between 14 and 18 years at the material time - would have had three less convictions on their criminal record. Arguably, therefore, any consideration by the domestic authorities of convictions for now repealed offences that related only to male homosexual acts differentiated the applicant from other prisoners applying for release from prison who had no Article 209 convictions.

For this reason, the Court could have been much more fulsome in its reasoning about why a consideration of the applicant's Article 209 offences by the domestic authorities did not amount to 'treatment different from what would have applied to any other prisoner who had made such a request'. In this respect, the Court could have explained why the argument of the Vienna Court of Appeal that the acts for which the applicant was convicted under Article 209 would now constitute offences under Article 207b did not create a difference in treatment that required further scrutiny under Article 14 (given that only persons convicted of male homosexual acts under Article 209 could be in a position whereby their convictions would be retrospectively considered in respect of Article 207b). In sum, the Court's assessment that there was no difference in treatment between the applicant and a relevant comparator could have been better reasoned and articulated.

In respect of the merits of the complaint, some will argue that, no matter what the nature of the offences for which the applicant was imprisoned, any assessment of him that included his previous convictions under Article 209 potentially influenced (or 'contaminated', E.B. v France) the decision-making of the domestic authorities and, given that Article 209 offences applied solely to male homosexual acts, that this amounted to discrimination based on sexual orientation contrary to Article 14.

In my opinion, the applicant's treatment does not amount to a violation of the Convention because, even if it is accepted that a consideration of his Article 209 offences created a difference in treatment between him and other prisoners, there was an objective and reasonable justification for it. The justification can be said to be the appropriateness of considering the applicant's entire past when assessing his potential risk of offending if released from prison. In other words, even if a consideration of the Article 209 offences influenced the decision-making of the domestic authorities and thereby created a difference in treatment, this pursued a 'legitimate aim' and there was 'reasonable proportionality between the means employed and the aim sought to be realised'.

However, given that the domestic authorities did not 'expressly exclude' the applicant's Article 209 convictions from their assessment of him, it is arguable that it would have been more appropriate for the Court to have recognised that this created a difference in treatment between him and other prisoners in an analogous situation, declared the complaint admissible, and considered the merits. In doing so, the Court could have more fully explained why the treatment of the applicant did not amount to discrimination under Article 14. In particular, the Court could have explained why a consideration of the previous Article 209 convictions of a person serving a term of imprisoment for child sex offences did not amount to a violation of the Convention given that, in E.B. and Others v Austria, the Court had previously held that the retention of criminal records relating to Article 209 offences did constitute a violation of Article 14 taken in conjunction with Article 8 of the Convention (because 'keeping an Article 209 conviction on someone’s criminal record may have particularly serious consequences for the person concerned’, § 81). It is likely that between one and three judges of the First Section also thought this approach more appropriate, given that the admissibility decision was by majority.

In short: the Court's conclusion that the treatment of the applicant did not amount to a violation of the Convention is correct, but its method of reaching that conclusion is debatable.
on zaterdag, september 13, 2014