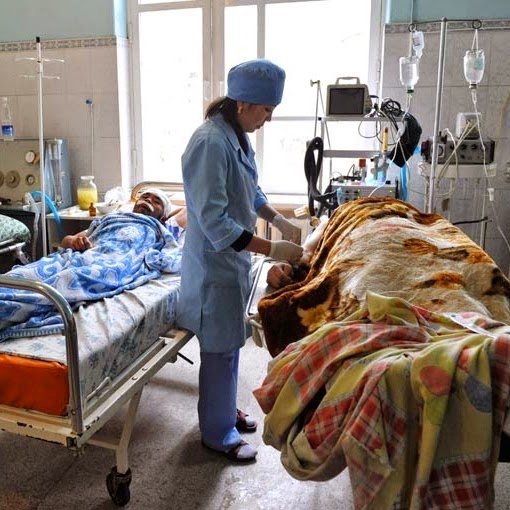 M.T. v. Sweden - The applicant argued that adequate medical care was not available to him in Kyrgyzstan and that he would die within a few weeks in the event of his forced return there - No violation of Article 3 (prohibition of inhuman or degrading treatment) in the event of M.T.’s expulsion to Kyrgyzstan - Interim measure (Rule 39 of the Rules of Court) – not to expel M.T. to Kyrgyzstan – still in force until judgment becomes final or until further order.

The applicant, M.T., is an ethnic Uyghur and a Kyrgyz national. He was born in 1985 and is currently in Sweden. His case concerned the availability and access to adequate medical treatment for kidney failure if he were to be expelled to Kyrgyzstan. M.T arrived in Sweden in 2009 and applied for asylum and a residence permit. His asylum claim stemmed from his ties with his business partner, an ethnic Uyghur from China, who had been arrested on suspicion of supporting the Uyghur disturbances in China. M.T had been arrested by the Kyrgyz police in the autumn of 2009 and, although released, was twice summoned to appear in court. At this point he left Kyrgyzstan. M.T suffers from chronic kidney failure and requires regular dialysis. He claims that he had been refused medical treatment in Bishkek (Kyrgyzstan) following his arrest and that there are insufficient dialyses machines in Kyrgyzstan to meet the population’s need. His request for asylum was rejected by the Migration Board and, upon appeal, by the Migration Court. In November 2011 the Migration Court of Appeal refused him leave to appeal. In particular, the Migration authorities considered that M.T.’s submissions were not credible and that he had failed to substantiate that, if removed, he would either be at risk of persecution or of not receiving adequate treatment within a reasonable time. In January 2012 M.T.’s removal was suspended on the basis of an interim measure granted by the European Court of Human Rights under Rule 39 of its Rules of Court, which indicated to the Swedish Government that he should not be expelled whilst the Court is considering his case.

45.  The Contracting States have the right as a matter of international law and subject to their treaty obligations, including the Convention, to control the entry, residence and expulsion of aliens (see, inter alia, Vilvarajah and Others v. the United Kingdom, 30 October 1991, § 102 Series A no. 215, p. 34). However, expulsion by a Contracting State may give rise to an issue under Article 3, and hence engage the responsibility of that State under the Convention, where substantial grounds have been shown for believing that the person concerned, if deported, faces a real risk of being subjected to treatment contrary to Article 3. In such a case, Article 3 of the Convention implies an obligation not to deport the person in question to that country (see Saadi v. Italy [GC], no. 37201/06, § 125, ECHR 2008).
46.  Moreover, the suffering which flows from naturally-occurring illness, physical or mental, may be covered by Article 3, where it is, or risks being, exacerbated by treatment, whether flowing from conditions of detention, expulsion or other measures, for which the authorities can be held responsible (see Pretty v. the United Kingdom, no. 2346/02, § 52, ECHR 2002‑III).
47.  However, aliens who are subject to expulsion cannot, in principle, claim any entitlement to remain in the territory of a Contracting State in order to continue to benefit from medical, social or other forms of assistance and services provided by the expelling State. The fact that an applicant’s circumstances, including his life expectancy, would be significantly reduced if he were to be removed from the Contracting State is not sufficient in itself to give rise to a breach of Article 3. The decision to remove an alien who is suffering from a serious mental or physical illness to a country where the facilities for the treatment of that illness are inferior to those available in the Contracting State may raise an issue under Article 3, but only in a very exceptional case, where the humanitarian grounds against the removal are compelling (see N. v. the United Kingdom [GC], no. 26565/05, § 42, 27 May 2008).
48.  Furthermore, it is in principle for the applicant to adduce evidence capable of proving that there are substantial grounds for believing that, if the measure complained of were to be implemented, he would be exposed to a real risk of being subjected to treatment contrary to Article 3 of the Convention. Where such evidence is adduced, it is for the Government to dispel any doubts about it (see NA. v. the United Kingdom, no. 25904/07, § 111, 17 July 2008).

Lawyer’s rights were not breached by his conviction for defamatory statements against an expert called by the prosecution in criminal proceedings - Fuchs v. Germany - application inadmissible - The case concerned the complaint by a lawyer – relying in particular on Article 10 (freedom of expression) of the European Convention on Human Rights – of criminal and disciplinary sanctions imposed on him for, among other things, defamatory statements against an expert for the prosecution, which the lawyer had made while representing a client. The Court held that the German courts had given relevant and sufficient reasons for their decisions. In particular, the defence of his client's interests had not allowed the lawyer to imply that the expert would falsify evidence. The lawyer’s statements had not contained any objective criticism of the expert's work in his client's case, but the statements had been aimed at generally deprecating his work and declaring his findings to be unusable. The Court found that sworn-in experts had to be able to perform their duties in conditions free of undue perturbation if they were to be successful in performing their tasks.

Texts are based on the press releases of the European Court of Human Rights.
This selection covers categories 1 and 2 judgments.
on donderdag, februari 26, 2015