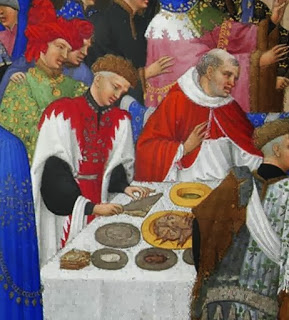 
Texts build on the press releases of the European Court of Human Rights.
This selection covers categories 1 and 2 judgments.

Article 1 of Protocol No. 1 (protection of property) - Real estate company’s complaint about restrictions on use of protected coastal territory declared inadmissible

In its decision in the case of Crash 2000 OOD and Others v. Bulgaria the Court declared the application inadmissible. The case concerned the complaint by a real estate company and 70 of its clients about an alleged breach of their right to use property – declared as protected territory as a result of a 1995 ministerial order – which the company bought for investment purposes in 2005. Due to restrictions on the use of the land, construction permits obtained by the company were declared insufficient to establish a valid and lawful right to construction and were eventually annulled. The applicants also complained of an alleged breach of their right of access to a court.

The Court held in particular that – given that the ministerial order had been issued long before the purchase – the real estate company was or should have been aware of the uncertainty arising from the order declaring the territory protected and the ensuing restrictions on its use:


"62.  However, the Court notes from the documents submitted by the applicants that they were clearly aware of the order’s existence and, consequently, of the legal conditions for lawful construction on the protected territory. The applicant company was explicitly warned of the legal position in respect of the property and the complications involved in obtaining lawful building permits on account of the designation of this land (see paragraphs 8, 9 and 11 above). Being aware of the fact that their investment plan for the acquired land was dependent on the clarification of whether or not this land was encumbered with restrictions pursuant to the ministerial order of 1995 at the time when they bought it, the applicant company cannot hold this uncertainty against the authorities (see, mutatis mutandis, Allan Jacobsson v. Sweden (no. 1), 25 October 1989, §§ 60-62, Series A no. 163; and, Fredin v. Sweden (no. 1), 18 February 1991, § 54, Series A no. 192).

63.  In this regard the applicants rely on their attempts to obtain a right to build notwithstanding the Minister’s order designating the territory as protected territory. This could not absolve the applicant company from the obligation to establish, in accordance with the applicable domestic law, what the pertinent regime for building on protected territory was and comply with it. It is the role of a competent entrepreneur to ensure that he or she is in possession of all relevant information before investing or conducting transactions, as well as to ensure that the transactions and investment are fit for purpose. The applicants’ own responsibility in this respect cannot be transferred to the State, nor can their apparent failure to comply with the relevant legal framework. Before incurring heavy investment-related expenditure as they did, the applicants should have at all stages ensured that their actions were in full conformity with domestic law."

In the case of Jones and Others v. the United Kingdom the Court held, by six votes to one, that there had been no violation of Article 6 § 1 (right of access to court) of the European Convention on Human Rights either as concerned Mr Jones’ claim against the Kingdom of Saudi Arabia or as concerned all four applicants’ claims against named Saudi Arabian officials. The case concerned four British nationals who alleged that they had been tortured in Saudi Arabia by Saudi State officials. The applicants complained about the UK courts’ subsequent dismissal for reasons of State immunity of their claims for compensation against Saudi Arabia and its officials.


“213.  (-)  while there is in the Court’s view some emerging support in favour of a special rule or exception in public international law in cases concerning civil claims for torture lodged against foreign State officials, the bulk of the authority is, as Lord Bingham put it in the House of Lords in the present case, to the effect that the State’s right to immunity may not be circumvented by suing its servants or agents instead. Taking the applicants’ arguments at their strongest, there is evidence of recent debate surrounding the understanding of the definition of torture in the Torture Convention; the interaction between State immunity and the rules on attribution in the Draft Articles on State Responsibility; and the scope of Article 14 of the Torture Convention (see paragraphs 206-208 above). However, State practice on the question is in a state of flux, with evidence of both the grant and the refusal of immunity ratione materiae in such cases. At least two cases on the question are pending before national Supreme Courts: one in the United States and the other in Canada (see paragraphs 125 and 134 above). International opinion on the question may be said to be beginning to evolve, as demonstrated recently by the discussions around the work of the International Law Commission in the criminal sphere. This work is ongoing and further developments can be expected.
214.  In the present case, it is clear that the House of Lords fully engaged with all of the relevant arguments concerning the existence, in relation to civil claims of infliction of torture, of a possible exception to the general rule of State immunity (compare and contrast Sabeh El Leil, cited above, §§ 63-67; Wallishauser, cited above, § 70; and Oleynikov, cited above, §§ 69-72). In a lengthy and comprehensive judgment (see paragraphs 24-38 above) it concluded that customary international law did not admit of any exception – regarding allegations of conduct amounting to torture – to the general rule of immunity ratione materiae for State officials in the sphere of civil claims where immunity is enjoyed by the State itself. The findings of the House of Lords were neither manifestly erroneous nor arbitrary but were based on extensive references to international law materials and consideration of the applicant’s legal arguments and the judgment of the Court of Appeal, which had found in the applicants’ favour. Other national courts have examined in detail the findings of the House of Lords in the present case and have considered those findings to be highly persuasive (see paragraphs 131-133 and 135 above).
215.  In these circumstances, the Court is satisfied that the grant of immunity to the State officials in the present case reflected generally recognised rules of public international law. The application of the provisions of the 1978 Act to grant immunity to the State officials in the applicants’ civil cases did not therefore amount to an unjustified restriction on the applicant’s access to a court. There has accordingly been no violation of Article 6 § 1 of the Convention in this case. However, in light of the developments currently underway in this area of public international law, this is a matter which needs to be kept under review by Contracting States.”


“I find myself unable to agree with the findings of the majority that “since an act cannot be carried out by a State itself but only by individuals acting on the State’s behalf, where immunity can be invoked by the State then the starting point must be that immunity ratione materiae applies to the acts of [torture committed by] State officials” (see paragraph 202). This appears to suggest that torture is by definition an act exercised on behalf of the State. That is a far cry from all international standards, which not only analyse it as a personal act, but require the States to identify and punish the individual perpetrators of torture – contrary to the “pragmatic understanding” of the majority that “[i]f it were otherwise, State immunity could always be circumvented by suing named officials”. I fear that the views expressed by the majority on a question examined by this Court for the first time not only extend State immunity to named officials without proper distinction or justification, but give the impression of also being capable of extending impunity for acts of torture globally. To use the words of one of the dissenting judges in Al-Adsani: “What a pity!” “


"By upholding immunity for torture, the Jones v UK  decision confirms that we are in a strange situation: immunity is regularly waived for commercial activities, personal injuries committed in the forum state, and employment disputes, but remains firmly in place when torture is committed. As Judge Kalaydjieva  notes in her Dissenting Opinion, the ECtHR has had no problem with waiving State immunity in disputes concerning employment at embassies (Cudak v Lithuania, Sabeh El Leil v France). The distinctions being drawn in immunities cases  – civil/criminal, procedural/substantive, employment/human rights – are hard to reconcile with broader movements for accountability at the international level."


"The EJIL post maintains that the distinctions being drawn in immunities cases  – civil/criminal, procedural/substantive, employment/human rights – “are hard to reconcile with broader movements for accountability at the international level.” Whilst that may be so,  judicial avenues are not the only, or indeed not even the most appropriate means to secure  this accountability. There are better ways of holding states to account for the misdeeds of its officials, via diplomatic and political channels. The proliferation of individual claims in national courts with respect to the illegality or otherwise of state-sponsored action can only lead to a patchy and inconsistent jurisprudence, unpunished perpetrators and, on the whole, disappointed claimants."